The Power of Pinterest: Small Business Case Study of Souchi.com 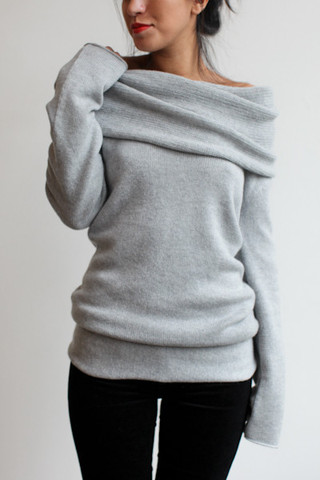 The following case study is an excerpt from my forthcoming book: A Five Step Process to Digital Marketing.

The story of Souchi.com exemplifies the incredible effect that optimizing a website and the digital marketing that leads people to it can have on e-commerce sales. More specifically, it highlights how tapping into the right social network, Pinterest in this case, can dramatically grow a business online. In only five months, we grew traffic to the website over 1000% and e-commerce sales by over 630%. Here is how we did it.

Suzi Johnson founded her company, Souchi, in March of 1998 to sell her line of luxury cashmere sweaters to (mostly) upper-income women. Six months later, Souchi was selling to stores and boutiques across the United States. Her breakthrough moment came when one of her product appeared on the September 1998 cover of Seventeen Magazine. This led to her sweaters appearing on the TV shows Friends, the original 90210, and Melrose Place. Subsequently, her products have appeared in the pages of Elle, InStyle, Lucky, People, Vogue, and W Magazines. Celebrities like Jenifer Aniston, Cameron Diaz, Gwenyth Paltrow and January Jones as well as reality stars Kim kardashian Kristen Cavallari have donned her designs. 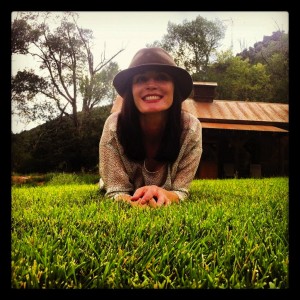 Suzi launched her website to sell her own luxury sweaters as well as items from high-end designers such as Corey Lynn Calter and Johnny Farah. In addition, she needed to showcase her products for the retailers that sold her product as well as an email newsletter and website that enabled her to keep in touch with the customers that visited her own retail stores. She had spent thousands of dollars on her website – Souchi.com – but realized that it had underperformed relative to what she had invested in it. She knew she could sell much more merchandise through it.

I first met Suzi in early 2012 through her web developer, Pete Rosenzweig. As her digital marketing consultant, I worked with Suzi and Pete to improve the usability and navigation of the website, putting myself in the shoes of the user and interpreting what they saw from their perspective. We also optimized the website for search engines, implemented cost-per-click advertising, and measured results with Google Analytics, the free website measurement tool. Every month, I pulled statistics from Google Analytics such as: unique visitors, page views, time spent, total sales, and unique orders. With these numbers (plus adding complimentary statistics such as Facebook “likes”), I calculated the traffic and sales growth as well as the conversion rates. We set new goals every month based on the results from the previous month, studying what worked and what did not.

Much like other small businesses owners, Suzi manages everything in her business: product design and development, store operations, website operations, and marketing. So, I worked towards getting the most out of her small budget and at the same time clearly prioritizing what we should and shouldn’t do. This forced us to focus on the tactics that delivered the highest ROI (return on investment).

We knew that social media would play a key element in our success. Nevertheless, I was surprised at the dramatic impact that a new visual, fast-growing social network would make on the site: Pinterest.

So what exactly is it? Pinterest is a virtual pinboard that connects people based on their common interests. Its users organize and share inspirational images that they find across the web. People use pinboards to figure out how to decorate their homes, organize their favorite recipes, or simply discover beautiful photos from people who love fashion, for example.

We worked together in three phases to improve the results of the website. In phase one, we overhauled the design of the home page and significantly improved the usability of the website. We added a tagline to the top navigation bar, “Luxury cashmere sweaters by Suzi Johnson,” to explain to new visitors what exactly the website offered. In addition, we implemented a number of search engine optimization (SEO) techniques to improve results in Google and other search engines, such as improving the site copy and integrating Suzi’s blog within her e-commerce site. Previously, her blog had been hosted on a separate website. Blogs oftentimes drive a significant portion of new visitors as search engines reward websites that update content more often. We also integrated Google maps into the “Boutiques” page of the site so that visitors could more easily find her physical stores. Lastly, we fixed the “Pin It” button from Pinterest, which previously did not work. Her visitors could then easily share the photos of her designs on the fashion-oriented social network.

Once we implemented the changes, Souchi’s traffic grew 5700% almost overnight, almost entirely because of visitor’s response to one sweater on Pinterest, her “Claudia cashmere cowl neck sweater,” as seen here: 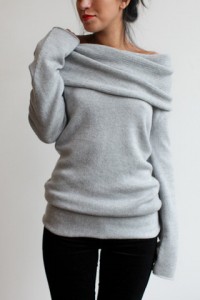 We immediately became smitten with Pinterest because of the outstanding jump in traffic that it delivered but also because of the increase in sales that it generated. Nevertheless, we still knew that Facebook was #1. We tried to generate more traffic from the social juggernaut in phase two by developing content and a product giveaway specifically for Souchi’s Facebook page. In addition, we launched a Google AdWords (keyword) campaign to drive sales for both Souchi’s products and a few of her featured designers. Lastly, we re-designed and optimized the email newsletter.

The Facebook promotion and content, surprisingly, did not deliver. The #1 referring source of visitors continues to be Pinterest to this day. And in another surprising twist, Pinterest’s mobile application maintains the #4 spot for delivering visitors to Souchi.com, just after Google.

With this in mind, in phase three, we focused on developing new ideas to maximize visitors from Pinterest as well as a new Google AdWords campaign to drive sales of Souchi’s new line of sweaters.

During the course of the five months that we implemented these changes, we learned a tremendous amount, most notably how “niche” social networks can deliver far better results than the #1 social network. That being said, we also realized that while one channel, Pinterest, delivered the most results, all of our efforts optimizing the site worked in tandem. We couldn’t have increased sales so dramatically from Pinterest without also optimizing the homepage, fixing buttons, adding a tagline and so on.

Here is how other marketers can replicate the success of Souchi.com: