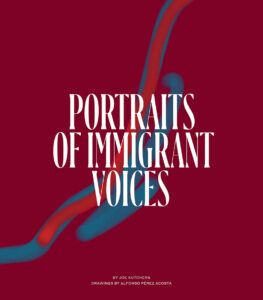 Portrait’s of Immigrant Voices features the stories of 22 immigrants who have come to Richmond, Virginia from around the world to become our neighbors. They are the stories of our city. The author proceeds will benefit Afghan and Asian refugees who have settled in Virginia in a fund set up and managed by The Asian American Society of Central Virginia, a non-profit charitable 501(c)(3) organization.

The Asian American Society of Central Virginia (AASoCV) graciously facilitated the book’s publication to honor its 24th Annual Asian American Celebration. Many thanks to the AASoCV for sponsoring the book and making it happen.

“There is no one story of Richmond. That’s what makes our city vibrant. I’m so grateful we’ve been able to partner with such talented local creatives to give all of us a more complete understanding of the experiences of our neighbors.”

You can buy our book at Chop Suey Books in the Carytown neighborhood of Richmond, Virginia or purchase it directly from the Asian American Society of Central Virginia. In the meantime, you can read the introduction to the book on my blog and write a review of it on Google Books.

Our project initially began in an organic way. In August 2020, I received a call from Karla Almendarez-Ramos, who manages the City of Richmond’s Office of Immigrant and Refugee Engagement (OIRE). She asked me if I would be interested in and available to write profiles of immigrants as a celebration for National Immigrants’ Day on October 28, 2020. Richmond-based Colombian artist, teacher and muralist, Alfonso Pérez Acosta, had pitched the idea to Karla after crafting his initial computer-drawn portraits.

I immediately told her yes, that I would love to work on the project. I have written about and reflected on the subject of immigrants’ journeys previously, both interviewing recent immigrants and reflecting on my own family’s migration from Eastern Europe to the United States. My wife, Lulu, who is from Mexico City, and I first moved to Richmond in 2013.

National Immigrants’ Day has been celebrated since 1986, but mostly in places like New York City. We wanted to bring this celebration to Richmond, Virginia to highlight the diversity of its community and the variety of languages spoken (in addition to English). With the support of a grant from Virginia Humanities, we unveiled the portraits on October 28th, National Immigrants Day, on RVAStrong.org/portraits and published updates regularly through Thanksgiving, to honor our subject’s themes of gratitude. The exhibit’s social media campaign ran through December 18th, which the United Nations has named International Migrants Day as a testament to humanity’s “will to overcome adversity and live a better life.” 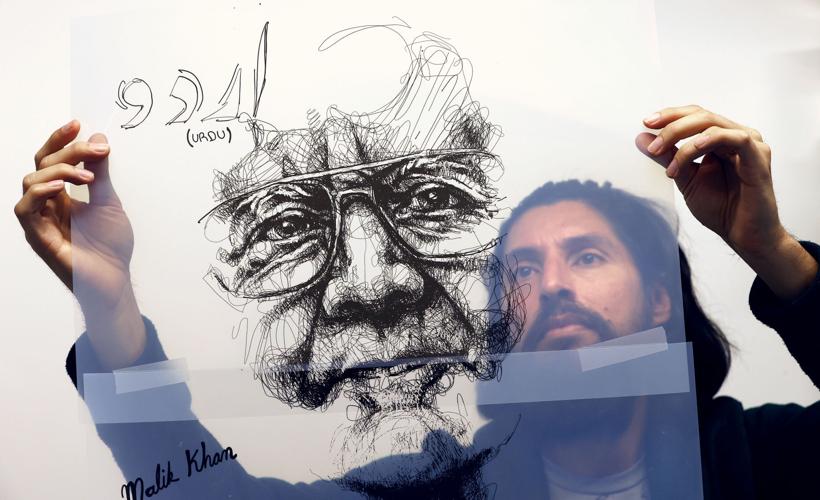 Video Conversation About Our Project

Richmond Magazine
Letter from the Editor: Hopes and Dreams – Stories of immigrants to Richmond who left everything they knew behind to venture into the unknown home
By Jessica Ronky Haddad