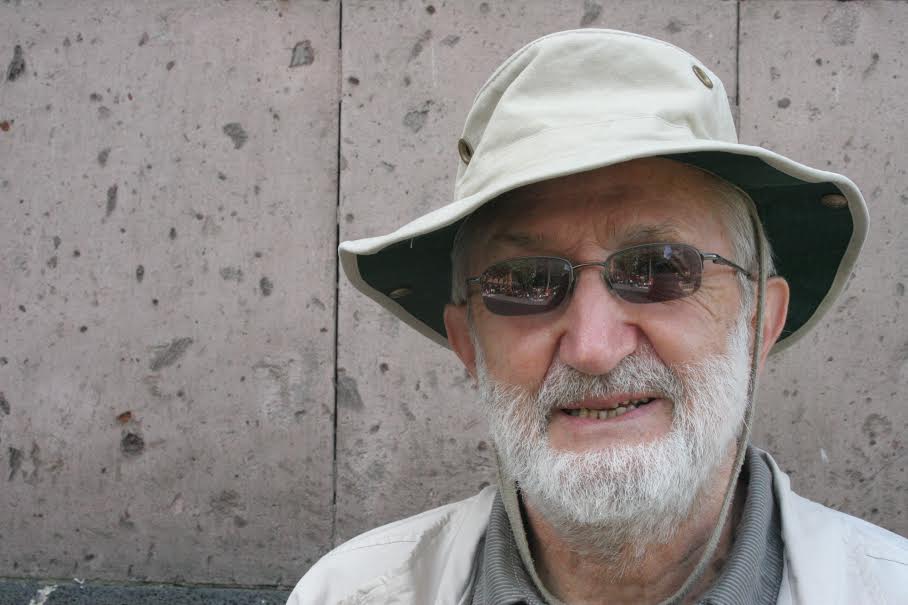 Woody Allen said, “I am not afraid of death, I just don’t want to be there when it happens.” Needless to say, that was how I felt about my father’s impending death. He had cancer for 6 years. It had metastasized and we knew that the end was near. I felt the same way about writing his obituary while he was still alive

Last year, a good friend of my father’s passed away, someone who had served his community and worked hard during his career. It bothered my father that his obituary was not just poorly written but moreover had not properly captured his life’s work and service in helping entrepreneurs. I did not want that to happen with my father. He was my long-time writing mentor in addition to being my father and business/career advisor. Plus, I had worked with him for nine years in the family business.

My father regularly enjoyed reading the obituaries in The Economist, sharing the best ones with my Mother and friends. Actor Bill Paxton captures the sentiment well: “My father always read obituaries to me out loud, not because he was maudlin or morbid but because they were mini biographies.”

Reading obituaries helps us reflect on who has passed but more importantly enables us to see how to live our own lives to the fullest. How easy it is to get caught up with the minutiae of daily life. But what larger goals – over many years – do we want to accomplish? That was what I learned most from writing my father’s obituary with him. I saw the bigger picture of my own life.

And fortunately, I got to see the peace and contentment in my father’s eyes while reading his obituary aloud to him before he died. He saw what he had accomplished and how he had served his community, his family and his country in one “mini-biography.”

Tom Kutchera served as the president of Empire Fish Company from 1980 until 1995 when Neesvig’s Food Service purchased the business. Tom described his work as “managing all aspects of the family business including maintaining peace and harmony.” He began working at the age of 15 in 1947 with his father, Harold, and later with his cousin, Jerry, both of whom were partners in the family business.

Kutchera held a life-long interest in literature and found inspiration in Andrew Carnegie’s quote: “There is not such a cradle of democracy upon the earth as the Free Public Library … where neither rank, office, nor wealth receives the slightest consideration.”

He served on the Milwaukee County Federated Library System (MCFLS) board from 1979 – 1995 and as its president twice from 1984 –86 and again in 1993–95. Notably, MCFLS purchased its first centralized computer system (at the time, the largest public library computer in the U.S.) and hired its first director during his tenure. MCFLS is a consortium of 13 city and 14 suburban Milwaukee-area libraries funded by the State of Wisconsin whose purpose is to promote the sharing of library resources in order to enhance library services to the public. Concurrently, Kutchera served on the Wauwatosa Library Board from 1979 -1994 and as its president from 1980 – 1987.

Upon retirement in 1995, Kutchera began a 20-year career as a volunteer for SCORE, Service Corps of Retired Executives, helping Milwaukee-area entrepreneurs with their sales, marketing, operations and financial challenges. He also responded to thousands of email counseling requests, mostly to startups in the food and restaurant industries, from across the United States. SCORE is a “nonprofit association dedicated to helping small businesses get off the ground, grow and achieve their goals through education and mentorship,” supported by the Small Business Administration (SBA).

Born in November of 1932 to parents Eleanor and Harold Kutchera, he grew up in Milwaukee, graduating from Marquette University High School in 1950. He then took the streetcar farther down Wisconsin Avenue to Marquette University, where he graduated with a double major in Economics and Literature in 1954

Kutchera served as an ambulance driver in the U.S. Army from 1954-1956 in Bad Kreuznach, Germany, thoroughly enjoying the camaraderie, learning German, and traveling throughout Europe. He returned to Milwaukee and with the support of the “GI Bill” obtained a masters degree in Literature from Marquette University in 1960. He taught English Literature at MATC in the 1960’s at night while working in the family business by day

Tom loved studying languages and history. He took courses in Greek and Latin at Marquette High School, French at Marquette University, and German while serving in the U.S. Army. Later, he studied Spanish in evening courses at Marquette University, during which time he met his future wife. He married Barbara in 1969, a Spanish and English teacher at the time, and had three children: Joe, Andrew and Peggy. All three studied or worked abroad in Spain or Mexico and speak Spanish.

Kutchera and his wife Barbara volunteered together at St. Ben’s Community Meal Program for over 40 years cooking and serving fish dinners for the hungry and homeless. He served as a “River Guide” for Historic Milwaukee Inc. in 2009-2010, developing a detailed history of the Milwaukee River, including the companies and architecture along its route. He was an active cyclist around Milwaukee and the world, taking bike trips to learn local history in Austria, England, Sweden, Sicily (Italy) and the Netherlands.

While researching how to write an obituary, I stumbled upon the book “Not Quite What I Was Planning: Six-Word Memoirs by Writers Famous and Obscure” by Rachel Fershleiser. I tried that with my father, boiling down my father’s life into seven (not six) words: Book Lover from Fish Family Travels Far.

Lastly, here is a collection of photos I put together for him on his 80th Birthday:

Shutterfly photo books offer a wide range of artful designs and embellishments to choose from.