What happens if your customers take you to Latin America? 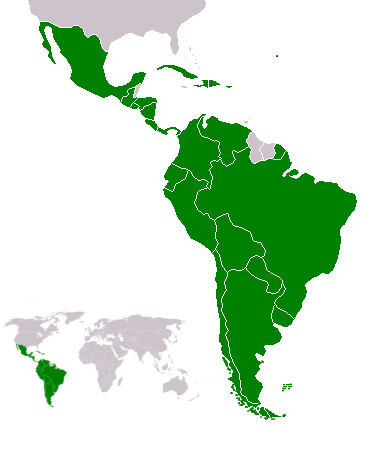 Scott Heiferman, now famous for starting MeetUp.com, and Adam Seifer launched Fotolog, a leading photo sharing site, in 2002 as an online community for their friends in Brooklyn, NY to post photos and share them. Instead of building up a domestic fan base, as they thoughts would happen, their user base took them down an unexpected path, according to Yossi Langer, Chief Product Officer, and Arne “Joe” Jokela, Chief Technology Officer of Fotolog.

In 2005, Scott and Adam’s friend, Cora Ronai a journalist from Brazil, visited New York and was impressed by their site. She returned home, wrote an article about Fotolog for O Globo, Brazil’s leading newspaper, and within two months, Brazilian users outnumbered American users. The popularity of Fotolog then spread like wildfire to Argentina and Chile in 2006 and then jumped the Atlantic Ocean over to Spain and Portugal in 2007. That same year, traffic took off in the North of Mexico, especially around Monterrey. Today, Spain is their number one country, in terms of users. 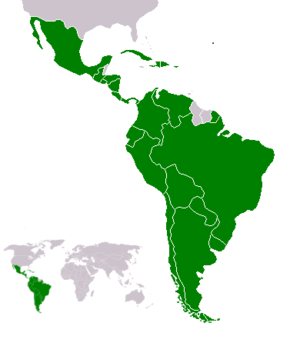 Because the site hosts user-generated content and photos, the site became a Portuguese and Spanish-language site seemingly overnight. U.S. visitors now represent less than 5% of their total traffic and 12 languages are offered officially on the site. According to ComScore (September 2009) Fotolog saw 9.8 million visitors across Latin America, 2.4 million visitors in Spain and only 389,000 in the U.S. Alexa shows Fotolog as the 12th most popular site in Argentina.

Why is Fotolog still based in New York if only 5% of their user base lives in the U.S.? Yossi and Jo say that New York affords them connections to the investment, media and technology communities and a global perspective from which they can put together deals as needed. If they were to move their corporate headquarters to the city where they had the greatest number of users at any one time, in early 2009 it would have been Madrid, in the summer of 2009 it would have been Buenos Aires and in early 2010, it would have been Santiago, Chile.

Mr. Langer, Mr. Jokela and Fotolog’s marketing team regularly converse with their users by email, sometimes even meeting with them in person. One “Flogger” (short for Photo Blogger on Fotolog) in particular caught their attention. Agustina Rivera, who goes by the user name “Cumbio,” started using the site when she was 14 and says that Fotolog provided a good platform for figuring out her identity. (“Cumbio” is play on the word “Cumbia,” a tropical-sounding dance music popular in Argentina, Colombia and the Caribbean.) In contrast, Facebook felt like putting yourself in a box. She uses Fotolog to connect with friends and organize weekly get togethers at the Abasto shopping mall in Buenos Aires. The Sunday night events have become so popular that they have spilled over to other nights of the week. Argentinean teenagers gather to socialize but in addition, Cumbio invites sex educators to the events to inform her followers about sexual health.

After becoming Argentina’s first Internet celebrity, Nike asked her to endorse their 3DG customizable shoes, the makers of Big Brother approached her with a reality TV show series and a local political party asked her to run for office. While she accepted the deal with Nike, the reality TV show did not work out and she has opted to finish school instead running for office.

The Cumbio craze really took off after Guillermo Tragant, president of Furia, a marketing company, discovered Ms. Vivero and the floggers last April [2008] while scouting for fresh faces for a Nike sportswear campaign. Nike wanted “real people from the streets,” Mr. Tragant said.

“The power of the image for them is so strong,” he said, noting the afternoon “matinee” parties where floggers gather and walk a catwalk posing for photos of one another. “The sensation that the famous floggers are living today is like what Hollywood movie stars experience walking the red carpet.”

To use Malcom Gladwell’s term from “The Tipping Point,” can we call Cumbio a “connector,” or someone who brings together many people who share a common interest? Clearly, she has great influence over her followers on Fotolog, as the hundreds of mall-goers have turned into thousands and has written a best-selling autobiography telling the story of her rise to fame (without even having finished high school). She makes more for a brief nightclub appearance than her father, a plumber, earns in two days. Has your brand identified influencers among your target audience online in Latin America as Nike has with Cumbio? What social networks do they use? What do they discuss online? What events do they organize and attend offline?

Originally, Fotolog found that about 80% of their users know everyone on their list. After running survey in January 2010, they discovered that that rule of thumb seems to have changed. Mr. Langer says, “People have become more promiscuous about adding users as friends. Now, 18% of users say they know everyone on their list while 51% of them know more than 50% of users on the list.” So, most people on Fotolog know only half of the people on their contacts list.

To shed some light on this dynamic, Mr. Langer introduced me to Danielle Goldstein, a longtime community associate at Fotolog who shared her thoughts on the two types of “connectors” on Fotolog.

Generally, on Fotolog there are two kinds of ‘popular’ accounts: hubs and connectors.

“Hubs” are the ‘superstars’, the ones that everyone adds to their Fotolog follower list to be like everyone else. Their fame or draw is somewhat superficial: they hooked up with the right people, they look just right for the look that’s popular. They’re the ones people want to be associated with and the ones that people will sign up for an account to keep up with, but they probably won’t do much with the account otherwise. Hubs draw people to them, but that’s it. It’s a one-way interest; the ‘superstar’ really only cares about the fans as far as they make them popular. And the fans don’t really care about each other. In fact, others are sometimes considered competition.

“Connectors” are the ones that rise more slowly; they’re usually longtime members and if they don’t work or function in a social group of a kind, then they’re at least found on the follower list of everyone interested in that particular area or theme. These people encourage ‘fans’ and followers to communicate, to follow each other by providing a common fandom/space that everyone can participate in. That big name account just happens to do it best. When you’re in a connector’s circle, you’ll see not just that username, but some of the other usernames associated with that popular account. Everyone knows this person. They all know each other. And when something happens to one, the others will try to help them.

Now, two things to remember:
1) Most members are some percentage mix of these two types. People at the extremes of either one are rare.
2) Users react to these two types of members differently.

Cumbio started as a connector in a local sense and slowly turned into a hub as the number of her ‘fans’ increased to an unmanageable level. As for reactions to these two types of users, hubs are generally polarizing: either you are a fan or you really don’t like them. Connectors, on the other hand, usually only get adverse reactions to whatever area of interest they happen to have as opposed to personal attacks. For example, if they run a Fotolog about Miley Cyrus, users will complain about it or we’ll see an ‘anti-Miley’ account as opposed to targeting a specific username. There are rarely attacks on specific accounts, but if anyone doesn’t like a particular account, it usually comes from within that interest area as opposed to outside the fandom.”

Do you know a “Cumbio” in your target market?