Where the Music Continues after the Chicago Blues Festival 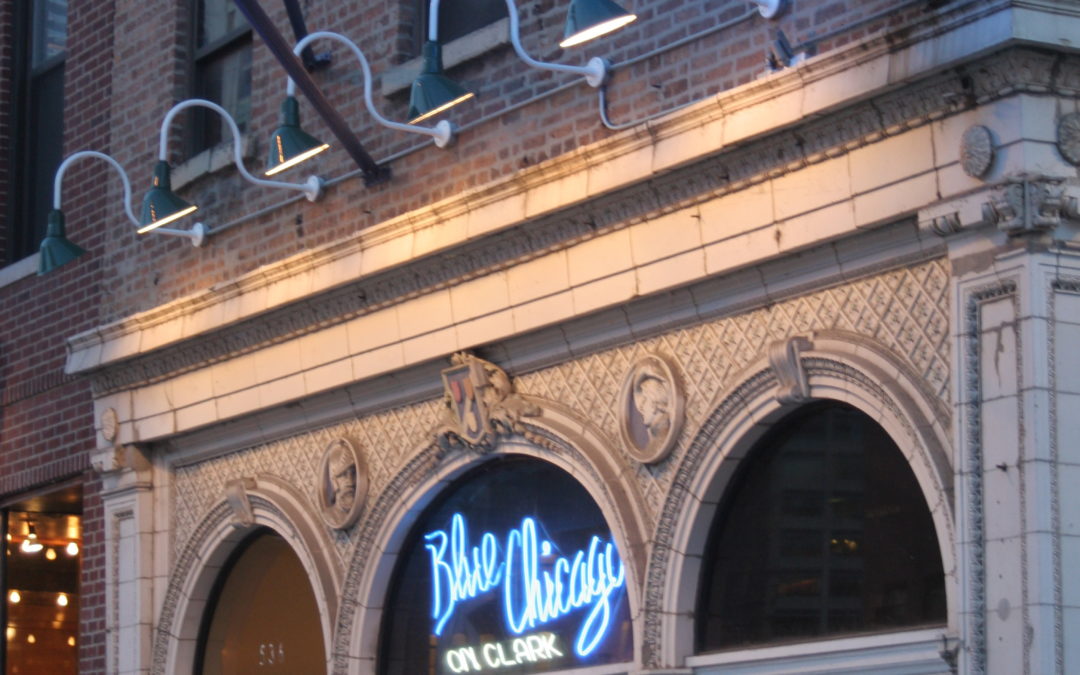 Sweet Home Chicago: the city, the song by legendary blues composer and performer Robert Johnson, and the destination for blues lovers every spring. The Chicago Blues Festival is the largest free blues festival in the world, featuring the best performers of the genre, both young and old.

The Festival takes places at Millennium Park along Lake Michigan this weekend starting on Friday, June 9 and running through Sunday, June 11. Performers begin at 11am and continue until 9:30pm every night. But the festivities last into the wee hours at many clubs nearby. Recently, I had an opportunity to visit the Windy City and its clubs that welcome blues lovers from around the world.

To begin, let’s answer one question: When exactly did blues music evolve into Chicago Blues? Louis Armstrong served as a leader when he moved to Chicago in 1922 to play with King Oliver’s Creole Jazz Band, bringing with him the sound of New Orleans to the heartland of the United States. Like Armstrong, more than one million African-Americans moved to the industrial north for good-paying factory jobs during the “great migration” of the 1920s and 30s.

And as African-Americans settled into Chicago, a new sound was born combining southern roots music with the electric intensity of urban life. Replacing the modest instrumentation of the southern blues (acoustic guitar and piano with vocals), Chicago Blues uses electric guitars, drums sets, keyboards, horn sections, harmonica, and vocals, but with driving rhythms and a louder, bigger sound.

The first club to visit is Buddy Guys’ Legends, one of Chicago’s most famous blues clubs, at 700 S. Wabash. When coming from Millennium Park, head West and a little south to this music mecca. If you are lucky, Buddy Guy himself, the club’s founder and one of the best blues guitarists around, will perform late-night sessions for the festival-goers that can get in. Since this club is closest to the festival, consider arriving early to Buddy Guy’s Legends.

On the North side of downtown you will notice a few murals of musicians that pay homage to the female singers of the blues tradition, on the wall outside of Blue Chicago at 536 N Clark St. Centrally located in the midst of many hotels, restaurants and music clubs, you can easily catch a set or two and then head over to the House of Blues, which is just five blocks away, along the Chicago River, at 329 N. Dearborn.

House of Blues is the corporate cousin compared to the otherwise locally owned clubs mentioned in this article. With 12 locations across the country including Boston, Dallas, Los Angeles, and New Orleans, among others, House of Blues Chicago hosts great musical acts on two stages as well as a Gospel brunch on Sunday. The club’s collection of folk art alone makes it worth a visit. And when you arrive outside, be sure to look straight up. You will see the Marina Towers as seen in many movies and TV shows. 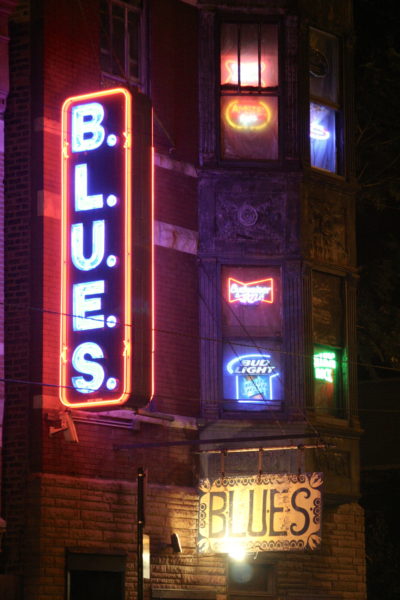 The neon signs at B.L.U.E.S

Head much farther north to enjoy an evening at Kingston Mines at 2548 N Halsted St, or walk across the street to visit yet another classic venue, B.L.U.E.S. at 2519 N Halsted St. Kingston Mines packs blues fans in 7 nights a week with two stages and tons of energy. The night I attended, two up-and-coming groups took turns performing on opposite stages.

To get a feel for Al Capone’s Chicago, head 40 minutes North of downtown to the Green Mill Cocktail Lounge at 4802 N Broadway St. The interior will transport you to the 1920s with walls draped in red velvet, art deco wood booths, dim lighting and a classic juke box. The jazz music at the Green Mill won’t disappoint.

The New York Times calls Rosa’s Lounge at 3420 W Armitage Ave “Chicago’s best blues club” while Rolling Stone describes it as “a blues mecca for true believers.” After meeting Jr. Wells and Buddy Guy in Milan, an Italian immigrant moved to Chicago in 1978 to found this club, naming it after his mother, Rosa, who followed her son to the Windy City to help manage the venue.

This article originally appeared on HuffPost. And a Spanish-language version of this article first appeared in Life & Style Magazine in Mexico. 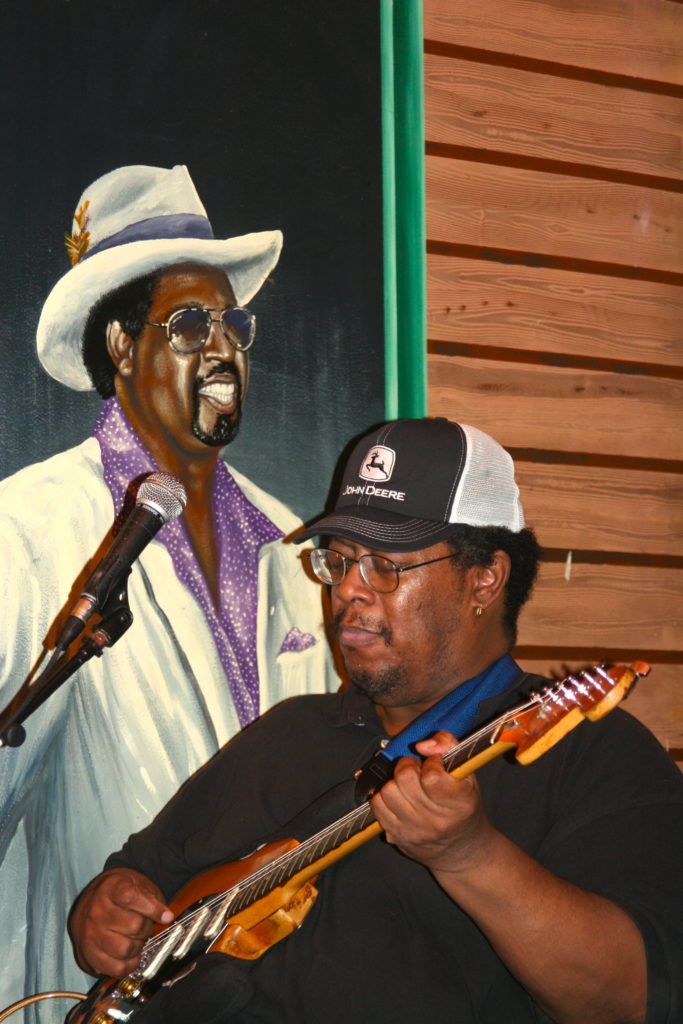