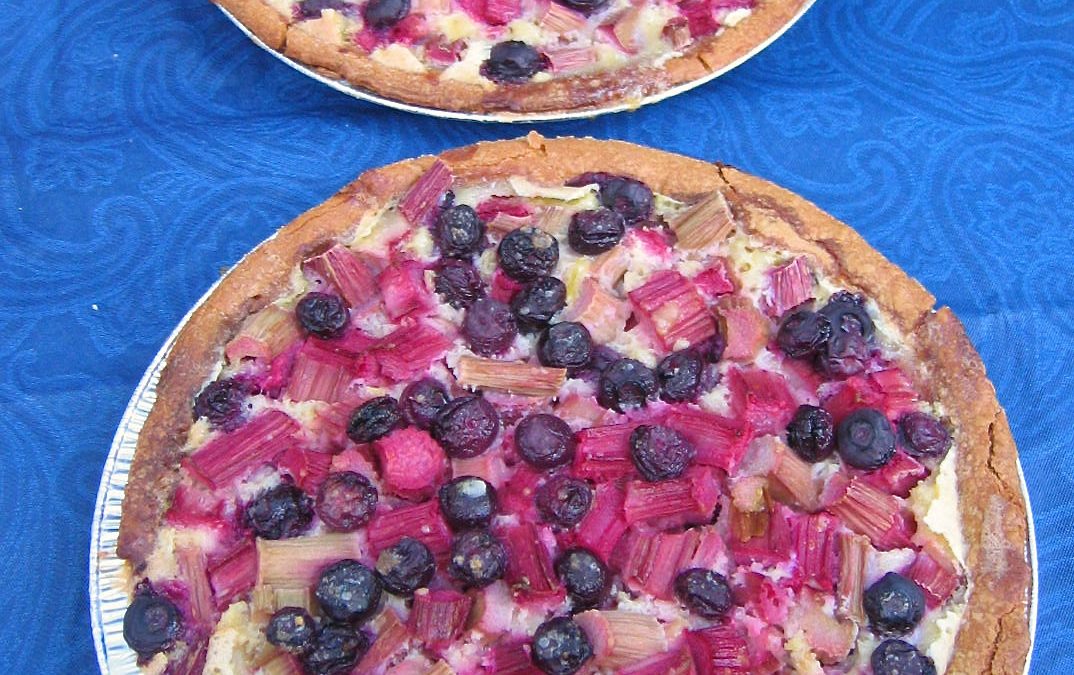 And now for something completely different…a recipe!

I will always remember my grandfather, Harold, growing rhubarb in the corner of his backyard garden as a youngster. The rhubarb plant was a fixture, seemingly the first to appear and the last to die amongst all of the other plants. Would it survive a nuclear attack? It appeared so: bright red stalks forming a crown emerging out of the earth with large green leaves fanning straight up into the air, defying gravity. The stalks have a crisp texture, similar to celery, but with a strong, tart taste. 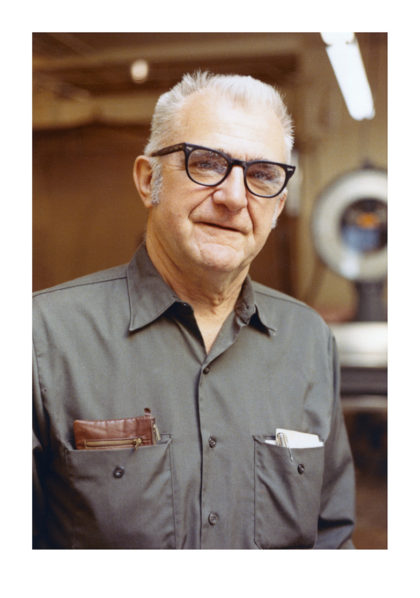 “Gramps” subscribed to ORGANIC GARDENING for many years, Rodale’s pioneering magazine where the organic movement supposedly began. (Today, Rodale has rebranded the magazine as “Organic Life.”) He saved copies of the magazine to share with like-minded friends. Having grown up during the Depression, he was proud that the rhubarb grew and multiplied every year without ever having to pay more for new plants (with plenty of tender loving care and compost, of course).

My grandmother, Eleanor, provided the yin to his rhubarb yang: a recipe for Rhubarb Custard Pie. She prepared it for summer picnics and family get-togethers. I have a photocopy of her handwritten recipe that I refer to every summer. One fun variation is to mix in blueberries with the rhubarb cubes, which gives the pie a “Red, White and Blue” color scheme, perfect for July 4th festivities. See photo above. Strawberries also make a nice addition, sweetening the custard concoction.

It is interesting to note: “Rhubarb is technically a vegetable, but is legally considered a fruit,” according to The Huffington Post. “In 1947 a New York court declared rhubarb a fruit because it’s most often cooked as one in the United States. It’s harvested in the spring, with a short season that spans from April to June. The stalks are the only edible part of the plant; in fact, the leaves of rhubarb are poisonous.”

As a bachelor, I realized that the ultra-simple recipe provided an easy way to impress. I baked one for my wife, Lulu, and the rest is history.

Note: After mid-July, gardeners (including my grandfather) warn that rhubarb stems contain an increasing amount of oxalic acid, which can cause stomach upsets and exacerbate arthritis and gout in susceptible people. Is it true? I’m not sure, but be forewarned!