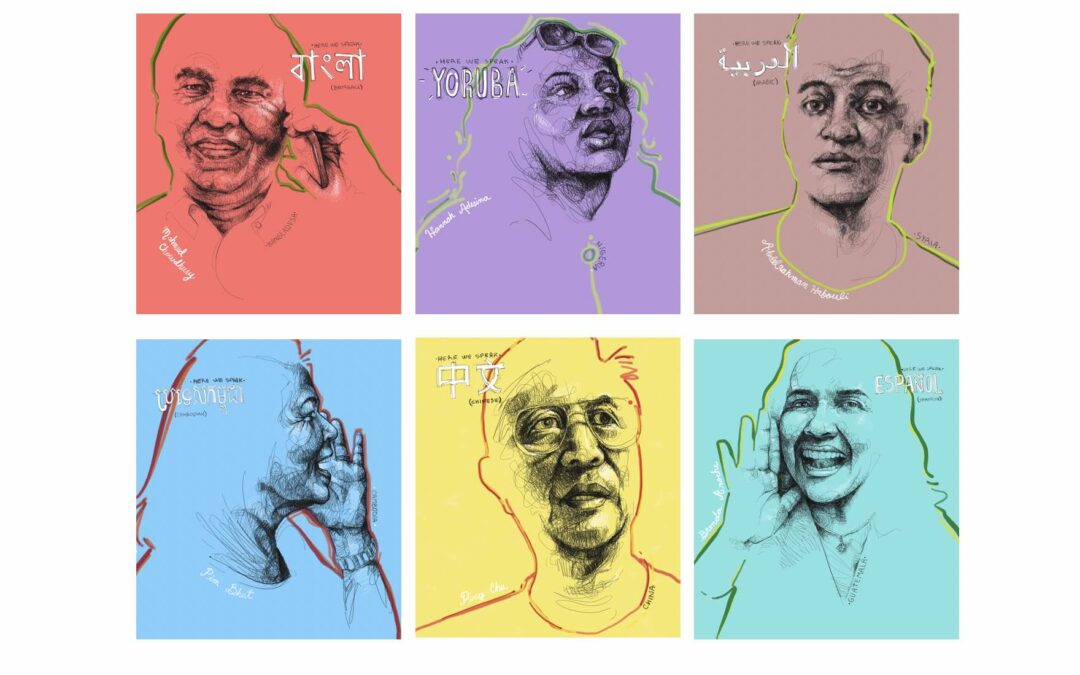 December 18 is International Migrants Day, a global event that highlights the contributions of the millions of migrants and displaced people around the world. The United Nations initiated this day of solidarity with migrants on December 18, 1990 when it adopted the International Convention on the Protection of the Rights of All Migrant Workers and Members of Their Families. To quote the UN’s website, “Throughout human history, migration has been a courageous expression of the individual’s will to overcome adversity and to live a better life.”

I recently had the great opportunity to interview and document the stories of immigrants to Richmond, Virginia in “Portraits of Immigrant Voices,” a new content initiative sponsored by The City of Richmond’s Office of Multicultural Affairs and co-funded by Virginia Humanities. It provides a perfect example of humanity’s “will to overcome adversity and live a better life.”

Many of the people we featured came as migrants initially, moving to the U.S. temporarily for school or work opportunities. While others came as refugees, fleeing war and violence. Yet they all became immigrants when they decided to settle down permanently in Virginia.

Artist Alfonso Pérez painted each person, including their name, language and country of origin on the canvas, while I wrote the life story that accompanies each portrait. Their personal histories shed light on the challenges of migration and displacement as well as the commonalities of learning to speak English and acculturating to America. Moreover, their stories showcase the creativity and ingenuity of these immigrants in overcoming numerous obstacles in their journey, some of whom have gone on to start companies and obtain master’s degrees or even PhDs.

You can visit the virtual exhibit and read their stories at RVAStrong.org/portraits.

President John F. Kennedy called America ‘A Nation of Immigrants’ in his book of the same name. Yet, however diverse the countries of origin and languages spoken, what unites these immigrant stories is character. They are hardworking and family oriented. The appreciation and gratitude that they feel for our country’s freedoms and democracy is crystal clear. Most importantly, they have taught me the determination required to creatively solve problems and learn new skills and languages.

In reading their stories, I cannot help but realize just how lucky we are to live in the United States. I more deeply appreciate our own democracy and freedom having learned what so many other countries unfortunately do not have.

While some immigrants leave their countries to escape violence, many others come to the U.S. to attend university and seek professional opportunities. Still others come here simply because they’ve fallen in love with an American!

“Virginia is for lovers. … But we need to keep that slogan alive,” says Mahmud Chowdhury, originally from Bangladesh (#19 in the series), citing the iconic slogan for the State of Virginia. “Let’s continue to love each other, be our brother’s keeper and have each other’s back,” says Hannah Adesina, from Nigeria (#17 in the series). Immigrants are here “to demonstrate the best of ourselves, manifest our hopes and dreams,” says Brenda Aroche who was born in Guatemala (#13 in the series). And even though we just got through a divisive election, Ping Chu from China (#12 in the series) encourages us all in saying, “We need to build up a united country. This is the United States, right?”

In the words of Abdul Jabouli (#9 in the series), “peace be upon you” on this International Migrants Day and throughout the holiday season.

This article originally appeared on Univision.com in Spanish and English.

Many thanks to our media partners for the following coverage: