Inspiring Future Writers, One Student at a Time 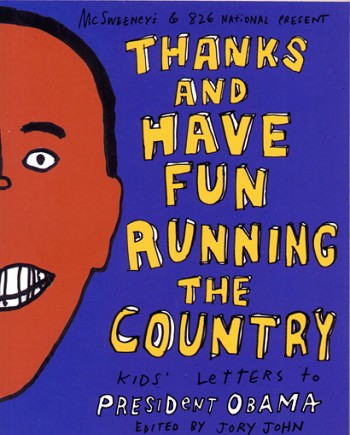 A 2011 blog post on WhiteHouse.gov outlines some discouraging statistics on Latinos getting the education they need to succeed later in life:
• Less than half of Latino children enroll in any early learning program.
• Only half of Latino children earn their high school diploma on time
• Those who do finish high school are only half as likely as their peers to be prepared for college.
• Only 13 percent of Latinos hold a bachelor’s degree
• Just four percent of Latinos complete graduate or professional degree programs.

This summer, I had the opportunity to volunteer with an amazing local non-profit, 826LA, that brings writing workshops to under-resourced students. My fellow volunteers and I mentored students to craft a storyline, develop characters, and write dialogue during “Playwriting camp.” In their drama, the students told the story of a teenager who discovers that his best friend is secretly a ninja after seeing him fend off a rogue bicyclist. The ninja later saves his buddy from the villain, who ties up the teenager, subjecting him to repeatedly playing the sickeningly syrupy teenybopper song “Friday,” by Rebecca Black.

Even though I work in digital/social media, my students had to educate me about how YouTube sensation Rebecca Black amassed over 100 million views and millions of “dislikes” before YouTube removed her universally criticized video from the site this past May. You can say that 826’s methodology makes writing fun for students and teachers.

What does 826 do to help students who can’t attend in person? It brings tutors into classrooms to help teachers get their students excited about writing and provide students the attention that they wouldn’t otherwise receive with impossibly high student to teacher ratios. 826 aims to reduce or eliminate the stigma of asking for help on homework.

Joel Arquillos, the Executive Director of 826LA says, “The one thing I hear most from our parents is how grateful they are to have a place in the neighborhood where their children are safe, engaged, and able to get their homework done. I remember from my own teaching experience how difficult it was for me to give the 200+ students I taught daily the individualized attention they needed to understand their homework or writing assignment. I like to believe that 826LA is that third place in children’s lives where they can get the positive attention they require and deserve.”

Author Dave Eggers and Nínive Calegari founded the first center, 826 Valencia, in the historically Hispanic neighborhood of San Francisco: the Mission. He wanted to connect two communities that could benefit one another: his circle of well-educated writer/journalist/editor friends and the neighborhood kids who wanted help finishing their homework and improving their writing skills. The name of the center stems from the actual address of that first location – number 826 on Valencia Street – thus christening the name of the national organization and its future locations across the U.S.

I first discovered Dave’s work at 826 after reading his excellent book What Is the What: The Autobiography of Valentino Achak Deng, which tells the story of one of the Lost Boys of Sudan, his journey of survival during the Sudanese civil war, and his escape to the United States. I was inspired to teach writing. I searched for Eggers online to discover that 826LA was right around the corner from mi casa. What makes 826 so successful is its transformative methodology. Every week, during summer camp, the 826LA staff types up, formats, bounds and publishes the students’ best work. Kids will work harder than they’ve ever worked if they know it’s going to be permanent and on a shelf. Dave Eggers calls it “validation through publishing.” The look on the kids’ faces proves its effectiveness.

As an example of its publications, following the election of Barack Obama, mentors asked 826 students from across the country what the new President should do. In a collection entitled Thanks and Have Fun Running the Country (see cover above) the students shared loads of advice for our 44th President, which was available for sale on the 826 National website. Chad Timsing, age 9, from Los Angeles says, “If I were president, I would help all nations, even Hawaii.” And Sheenie Shannon Yip, age 13, from Seattle writes, “I really hope you put America back together. No pressure though.”

To learn more about how Dave Eggers built his non-profit to help under-resourced students, watch his humorous retelling of the story on TED.com below.