In-Culture or In-Language? From the Perspective of a Bicultural Hispanic

Bicultural Hispanics often switch back and forth between Spanish and English. To learn why, Elizabeth Perez, the Digital Insights Analyst at ImpreMedia, describes why she chooses content in English or Spanish based on the cultural and political orientation of the news in each language. In-Language media is simply written in a consumer’s native language whereas in-culture media provides news from the perspective of the viewer’s native culture. 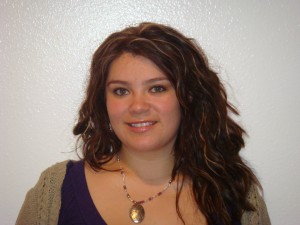 Excerpts from an Interview with Elizabeth Perez

As a Southern California native born in Ventura County to Mexican immigrant parents, I, like many of my peers, grew up speaking Spanish until I went to elementary school, where I learned English. I enrolled in a bilingual educational program where I learned to read and write in my native language, Spanish, and English until the fifth grade, when I switched to classes in English only. From that moment on, until today, I continue to speak, read and write in both languages.

After graduating from college, I enrolled in Baden Powell Institute located in Morelia, Michoacán (Mexico). While living there, I learned about Mexican history and lifestyle. My move came at a time in which the U.S. citizens became very active and reacted to the illegal immigration reforms by voicing their views and participating in public street rallies. “The Great American Boycott” took place on May 1, 2006, and ended in a violent attack in Los Angeles, where police officers shot rubber bullets at the protestors marching in MacArthur Park.

I was studying in Morelia and followed it closely by reading my hometown’s daily newspaper online — The Ventura County Star — and La Opinion. Every day I logged online and started visiting sites such as ABC, CNN, Univision and Telemundo, which offered online video clips covering the latest news on the reform. I also started reading blogs and comments about the reform, which, for the most part, were full of negative, even racist, comments. I felt the urge to voice my opinion (all the way from Mexico), and the only way I was able to do that was by commenting on blogs and debating with those who were also blogging.

After moving back to the United States and completing my classes in Mexico, I watched the coverage on TV — mainly Univision and CNN. Additionally, I continued reading online and blogging. There was a sense of separation amongst those who were either for or against the reform. It became clearer as I noticed the difference in reporting between the Spanish- and English-language networks. The main difference of course was the audience the networks were reporting to.

The Spanish-language networks spoke to Hispanics and were mainly pro-immigrant. The English-language networks spoke to the general market that for the most part was anti-immigrant. I continued watching and reading about it through both Spanish- and English-language media outlets to stay informed. However, I consumed more Spanish-language media as I felt I related to it more. I also felt they went beyond reporting the news to inform and educate their audience about legal rights and places where they could seek help. In addition, being Hispanic myself, I couldn’t help but feel a personal connection and a need to support my community.

This was one of those moments that I really appreciated being bilingual. I was able to navigate from one media outlet to another despite the language and get the perspective on both sides of the debate. On one of my visits to LaOpinion.com while I was reading an article about the reform, I noticed a section that read “Jobs at La Opinion.” I clicked on the icon and found they had a job opening that really interested me. After reading the description, I sent my resume over, and about two to three weeks later, after going though the interview process, I was hired. Nearly four years later, I still work for ImpreMedia.

There is a bit of an odd feeling obtaining news about Hispanics from non-Hispanics. Sure, a non-Hispanic can report the news, but how much of what they are reporting do they understand or even care to learn? For example, if non-Hispanics were to come to a Mexican birthday celebration, they may be horrified to see that, after we sing “Happy Birthday” or “Las Mañanitas” to the person celebrating his or her birthday, we chant “que le muerda! Que le muerda! (Bite it! Bite it!),” and, as the person bites the cake, we push him or her into the cake.

A non-Hispanic might wonder why we would do that or think that we ruined the person’s party by doing this. However, in reality, that is part of our tradition and one very much looked forward to. You would not know about this unless you were exposed to the culture. For reasons such as these, when I have the option to obtain news coverage about Hispanics from a non-Hispanic or Hispanic media outlet, you will more likely see me turn to the Hispanic media outlet, as it will be the one I will relate to the most.
However, that doesn’t mean that I won’t consume non-Hispanic media. I would simply choose whichever one I felt gave me the most relevant content to what I’m searching for. The great thing is that, nowadays, it is very easy to jump from one media outlet to another and compare content with the Internet.