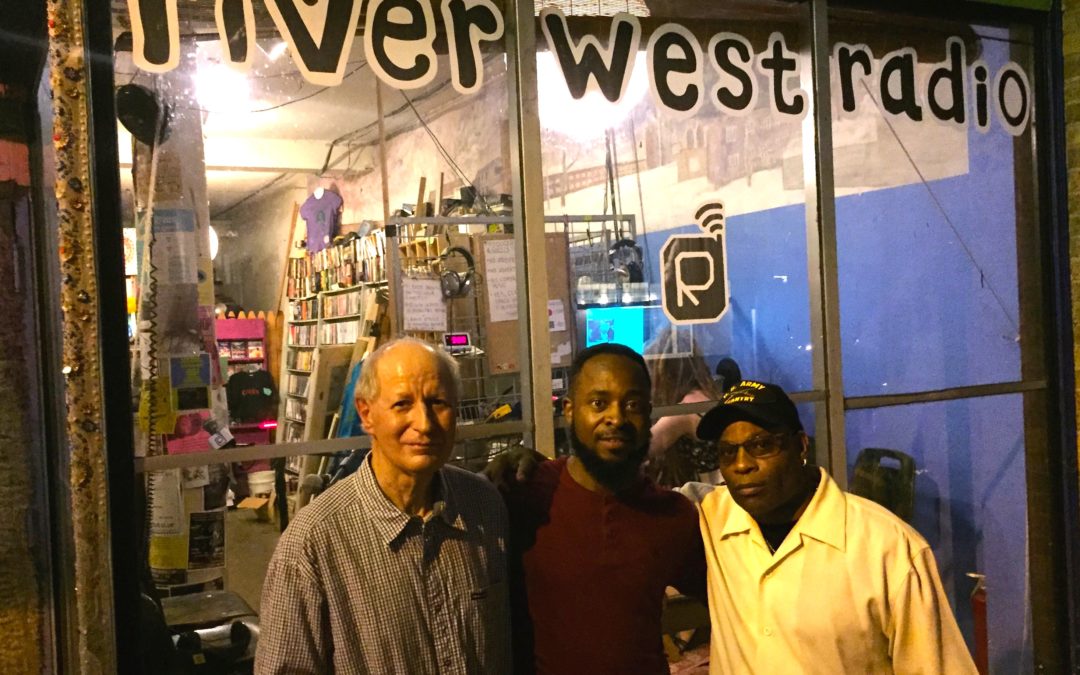 How can you foster diversity in the local media and build community in an otherwise highly segregated city? Ask Xav Leplae, founder of Riverwest Radio.

The Belgian-born filmmaker started his latest venture in 2012 as a web-only radio station. And then, on New Year’s Day 2016, the station launched onto the FM spectrum at 104.1 with the call letters WXRW-LP. (“LP” stands for “low power.”) The broadcast signal reaches a five-mile radius from WXRW’s tower on its roof at 824 East Center Street in Milwaukee, Wisconsin.

A new book – Live and Let Live: Diversity, Conflict and Community in an Integrated Neighborhood – by sociologist Evelyn M. Perry sheds light on Leplae’s socially diverse Riverwest neighborhood. The Milwaukee metropolitan area ranks first in the nation in black-white segregation and has remained one of the top five most black-white segregated metropolitan areas for over thirty years, explains Perry.

Even though “Riverwest may seem unique, particularly in a hyper-segregated city like Milwaukee, an increasing share of metropolitan neighborhoods are integrated. Since cities in the United States are becoming more diverse and heterogeneous communities more common, neighborhoods like Riverwest warrant attention,” writes Professor Perry in the introduction of her book. “Diverse neighborhoods foster meaningful and useful relationships across social differences. Such connections might change attitudes about stigmatized “others,” link people to previously inaccessible resources (e.g. information about jobs), or create a broader “we” identity.”

Leplae and his team of 75 radio producers, talk show hosts and DJ’s, might just be leading the way. Riverwest Radio’s mission is to “provide a community platform for education, advocacy and creativity, as well as an outlet for marginalized and alternative voices.”

“When I started Riverwest Radio, I wondered, will all of the DJ’s be like me (white males)? But, I was surprised to find how many African-Americans from the neighborhood gravitated to the opportunity to express themselves on the radio. There are very few radio stations and media companies in general that speak from a Black person’s perspective. African-American culture is loquacious. It’s about the spoken word and that lends itself to radio.”

“Community-based media is one of the best forms of activism because politically, almost all social problems stem from misunderstanding. I’ve done my share of protesting in the streets, but after the [2011] protests in Madison, I really felt the need to create lines of dialogue,” Leplae says.

He compares his radio station to a food co-op and the media landscape in general as a chain of large grocery stores, which has snowballed into a monocultural environment. “We need something that is grass-roots and homegrown.” (Riverwest Radio is one of more than 1500 low-power FM (LPFM) community radio stations across the country that have received licenses to join the FM airwaves since 2014, according to the Federal Communications Commission.)

WXRW-LP gets funding from local businesses via advertising as well as from the producers themselves. But now, Leplae wants fans to support diverse voices on his community radio station via an auction of Haitian paintings. The Contemporary Haitian and Milwaukee Art Silent Auction to benefit Riverwest Radio will take place at The Green Gallery in Milwaukee April 8-15, 2017. Click here for more information.

UPDATE on 6/16/2017: WXRW-LP raised $6,750 during its auction in April 2017, having sold nearly all of the Haitian paintings in addition to creating a cultural exchange with Haitian artists.

Leplae first became interested in Haiti while driving a taxi in New York City from 1989 to 1991. He met numerous Haitian taxi drivers during that period, and one in particular, remembering, “I was instantly inspired by his uncharacteristic charm and the passion he had for liberating his people [from poverty].” (NYC.gov reports that 6.5% of the Big Apple’s cab drivers today hail from Haiti, making the Caribbean island the fourth most represented place of birth, above that of American-born drivers.) 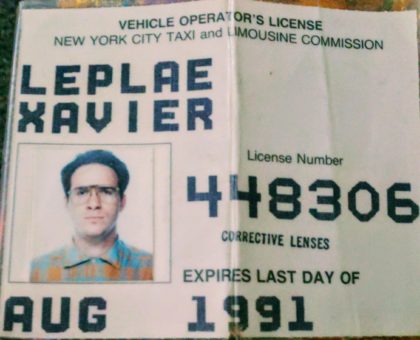 Leplae returned to his hometown of Milwaukee in 1991 to study film at the University Wisconsin Milwaukee and later founded his first business, Riverwest Film and Video, in 1997. The video rental store offers a wide variety of DVD’s (artistic, foreign and mainstream titles) that appeal to the eclectic tastes of the Riverwest neighborhood while also selling film supplies to the local filmmakers and students.

Today, the French-speaking entrepreneur splits his time between WXRW and Riverwest Film & Video. And video store patrons get to experience the talk radio shows live, in person, as the two “sound booths” appear in the windows on either side of the front door (covered with pink fur on the inside).

Leplae traveled from the world’s richest superpower – America – to the poorest country in the Americas – Haiti – not only to purchase paintings to raise money for his community radio station but also to raise awareness about the contrasts in wealth across the Americas. (Haiti ranks at the bottom among all Latin American countries for GDP per capita, according to the International Monetary Fund, with an annual purchasing power parity (PPP) of $1,846.12 per capita (in 2015 in International dollars.)

Leplae estimates that he looked at 1000 paintings on the main square in Port-au-Prince, Champ de Mars, before purchasing the 55 paintings featured in the show. Haitian carpenters framed most of the pieces.

When he started looking at paintings, numerous street merchants approached him with rolls of paintings under their arms, quickly overwhelming him. “Fights broke out. It became a mob scene. Everyone saw me as a ticket to their next meal. I told them, don’t worry, I will look at all of your paintings,” he explains. “When there’s such disparity between our worlds, money is the conduit for conversation. Haiti needs more people going there to do business.”

Years ago, during his first two visits to Haiti, Leplae got the idea for his documentary about the country, which is still in production, to make sense of Haitian history, culture and poverty. His third visit happened to take place just weeks after the earthquake on January 12 of 2010 that devastated much of the country. And he returned again after the tumultuous elections in November of that same year. “My film captures the aftermath of the earthquake and post-election unrest,” says Leplae. “I want to deconstruct common perceptions of Haiti and the developed nations who attempt to control, influence and encapsulate it.”

“Before the earthquake, I felt like a pioneer. The only white people were from the UN or NGO’s. The Lonely Planet Haiti guidebook was very skinny. But now, many more people visit. There’s much more awareness about Haiti,” says Leplae. “I keep getting pulled back to this place because it is misunderstood. It’s a victim of calamity and natural disaster.”

With this art auction, Leplae hopes to connect people and resources, “I want to do a good job presenting it to get people to rethink their view of Haiti, enabling them to see the humanity of the people in the art and create cultural exchanges.”

This article originally appeared on HuffPost.com.