Have a Very Harley Christmas!

Merry Christmas and happy holidays to everyone today. Recently, my parents, brother and I visited the Harley-Davidson Museum in Milwaukee, WI (my hometown) and took the photo below in the lobby. The museum features an impressive breadth of memorabilia from their varied history as a company, including their international expansion in the early part of the 20th Century and their bankruptcy and come back during the 1980’s. I had no idea that their first bikes were literally bicycles with small motors. And Harley-Davidson motor scooters and golf carts? Yep, for a brief while in the 70’s, Harley expanded into products other than motorcylces. Their bailout provides interesting perspective on the bailout of the auto industry today, especially since the federal government back then temporarily taxed Japanese motorocycles until Harley’s production and bankruptcy turnaround was implemented. 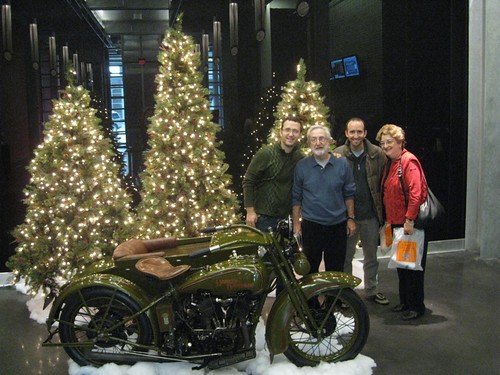 The very first model of the Harley-Davidson Motorcycle – made in Milwaukee. 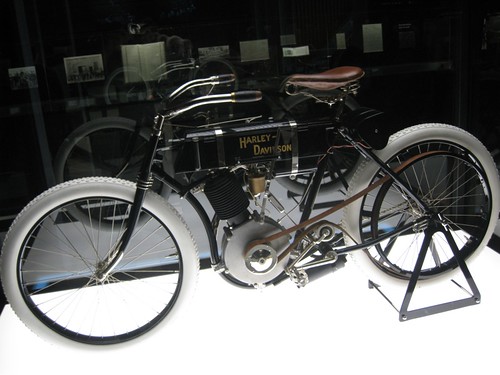 Surprisingly nice views of the city from the museum with an indoor/outdoor restaurant. 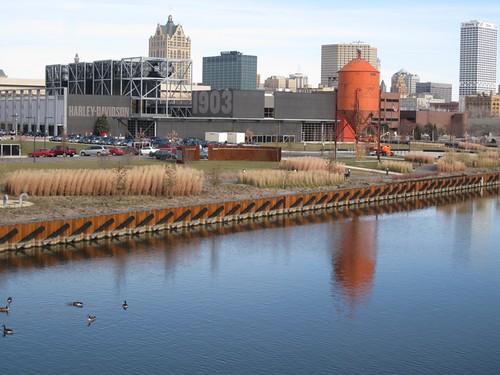