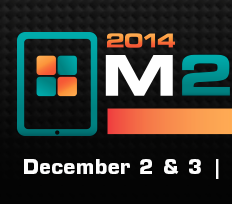 It is no surprise that media experts forecast that mobile will overtake web traffic, because, well, it already has in the developed world. To get an overview of that trend, take a look at Benedict Evans’ excellent presentation from the WSJD conference: Mobile is Eating the World. As a partner at Andreessen Horowitz, his research led him to discover that we will have two to three times more smartphones than PC’s globally by the year 2020 and that Facebook already earns more in advertising from visitors to its mobile platform that to its website.

The implications from this sea change in media consumption are, of course, enormous, but probably even more so for emerging markets like those in Latin America. That’s why I’m excited to attend and present at the M2Content & Apps LATAM Conference in Miami on December 2 and discuss “Monetizing Social Media” as well as share the story of how Flipboard launched its U.S. Latino content guide.

Here are 3 reasons why marketing and media professionals will find this conference of interest:

1. Latin America will “leapfrog” the U.S. and other “developed” markets in adopting mobile technologies and content.

“Last year [in 2013] at this time, El Nuevo Día in Puerto Rico was getting 30 percent of its digital traffic from mobile devices, with the remaining 70 percent coming from the desktop. This year [in 2014] according to deputy general director Benjamín Morales Melendez, those numbers have reversed. They get 70 percent of their traffic from mobile devices. It switched in less than 12 months.”

Craig Silverman, an award-winning journalist and Adjunct Faculty at The Poynter Institute, recently shared this story in his article “3 lessons in mobile, social and viral from Latin American newspapers,” about attending and presenting at GDA’s (Grupo de Diarios América) annual conference for journalists. Read his full article here.

LatAm is uniquely placed to ‘leapfrog’ the US and Europe in not only innovation but also in total advertising spending. In addition, smartphone population will surpass Internet population in 2017, with around 240 million users across the region. Yet, in 2012, the region only accounted for 0.6% of global mobile adspend. So, in the years ahead, advertisers will need to start thinking “mobile first” and create “made for mobile” content and advertising formats.

For more details, take a look at this presentation from Telefónica:

3. LatAm leads the world in time spent on social media.

“5 of the top 10 most engaged markets with social content worldwide are located in Latin America,” according to digital market research firm comScore. In addition, its recent report shows that “consumers in Latin America spent 10 hours online per month on Social Networking sites, doubling the global average time spent.”

The Wall Street Journal concurs, reporting that Brazil is “The Social Media Capital of the Universe,” reporting that, “By the end of 2012, Brazil was also the biggest market outside the U.S. by number of unique visitors for YouTube, and one of YouTube’s top five markets by revenue.”

More recently, eMarketer reported that Latin American countries are among the fastest-growing Twitter markets worldwide, showing that “Emerging markets around the world are driving growth for Twitter, according to eMarketer’s forecast of worldwide usage of the microblogging service. And while the two fastest-growing markets worldwide this year—Indonesia and India—are in Asia-Pacific, the rest of the top five are in Latin America.”
To attend the 2014 M2 Content & Apps Conference, use discount code “FPB” (short for Flipboard) to receive a 20% discount. The Conference takes place Dec. 2th-4th, 2014 in Wynwood, Miami’s arts district and emerging tech neighborhood, at The Light Box at Goldman Warehouse 404 NW 26 Street Miami.